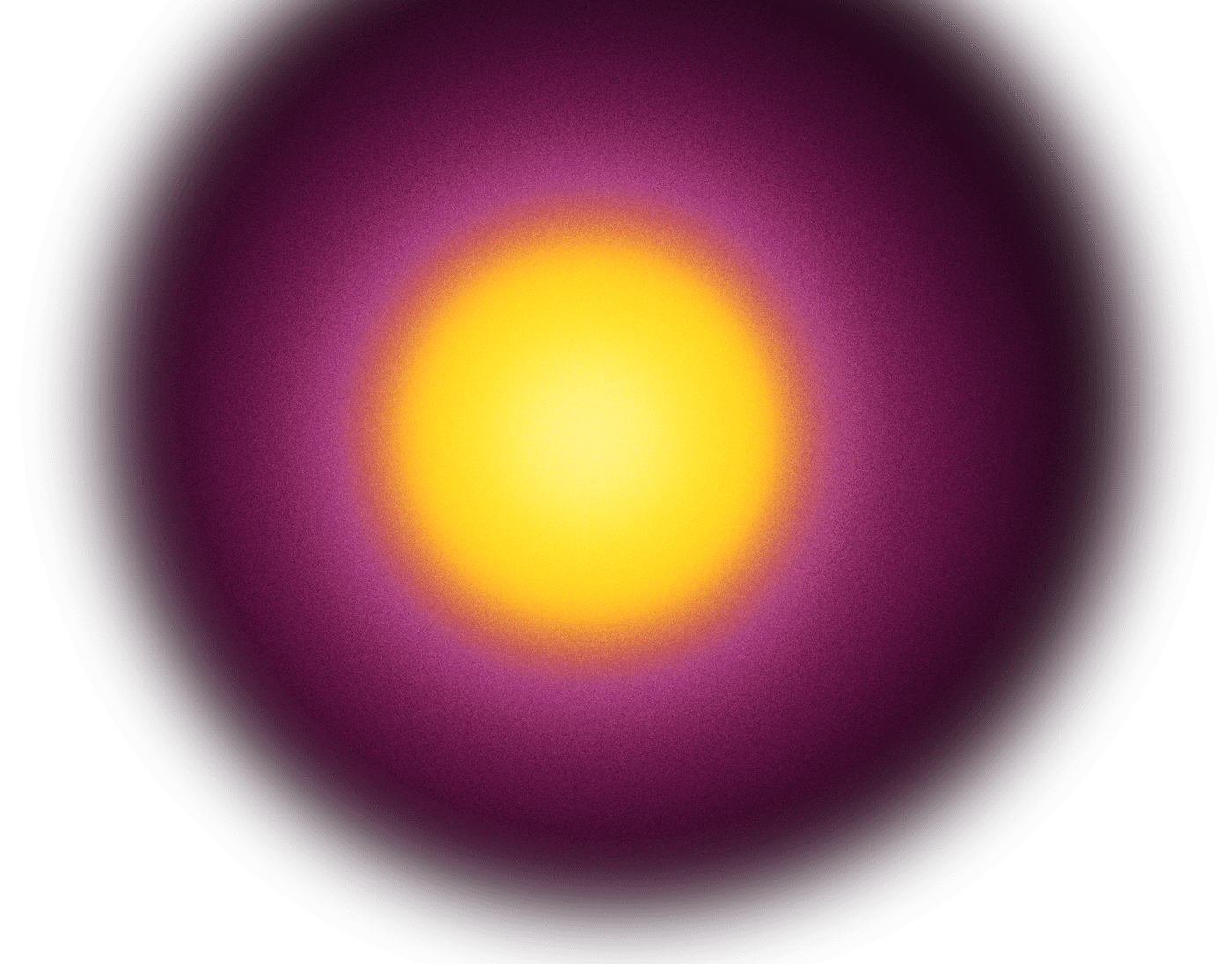 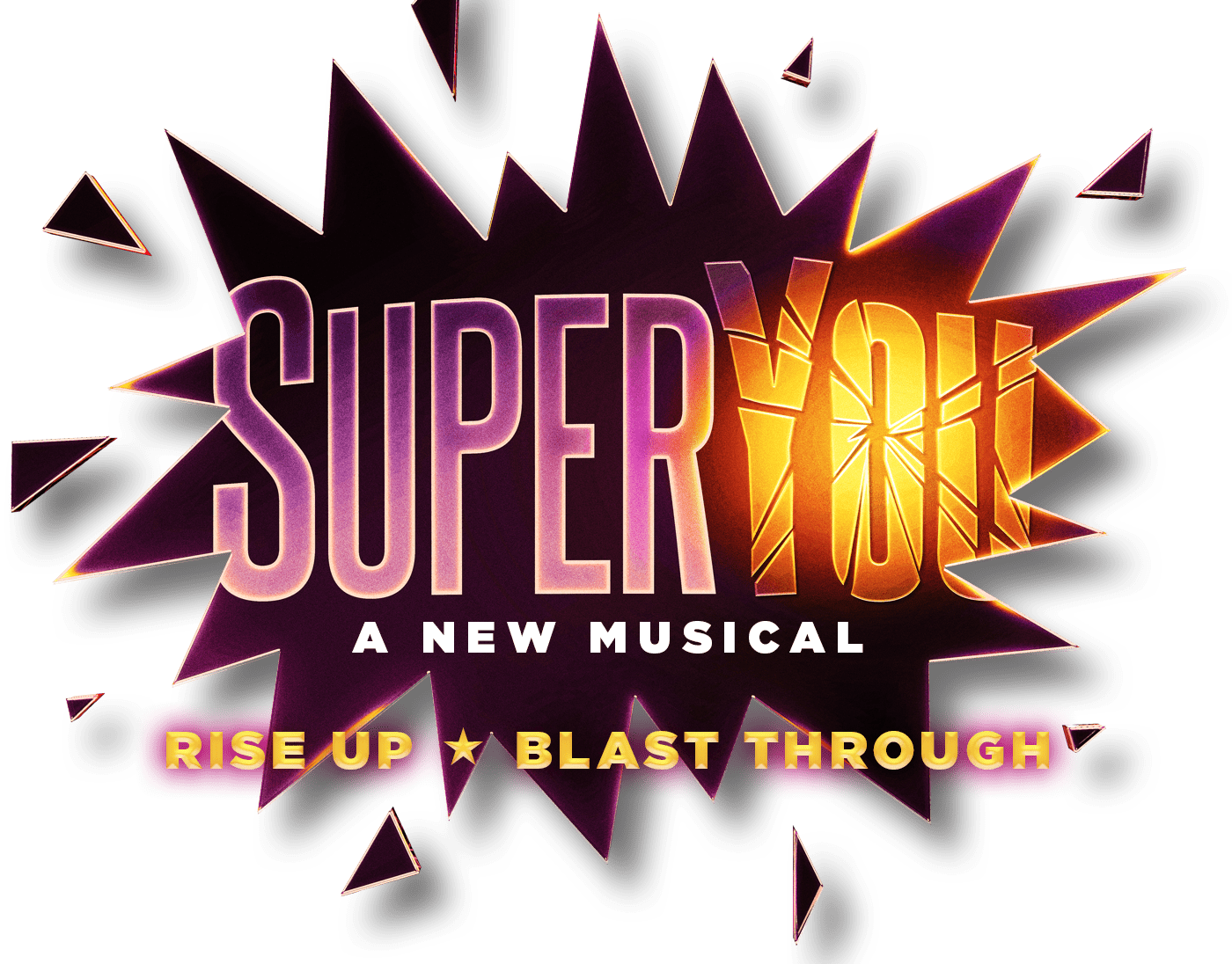 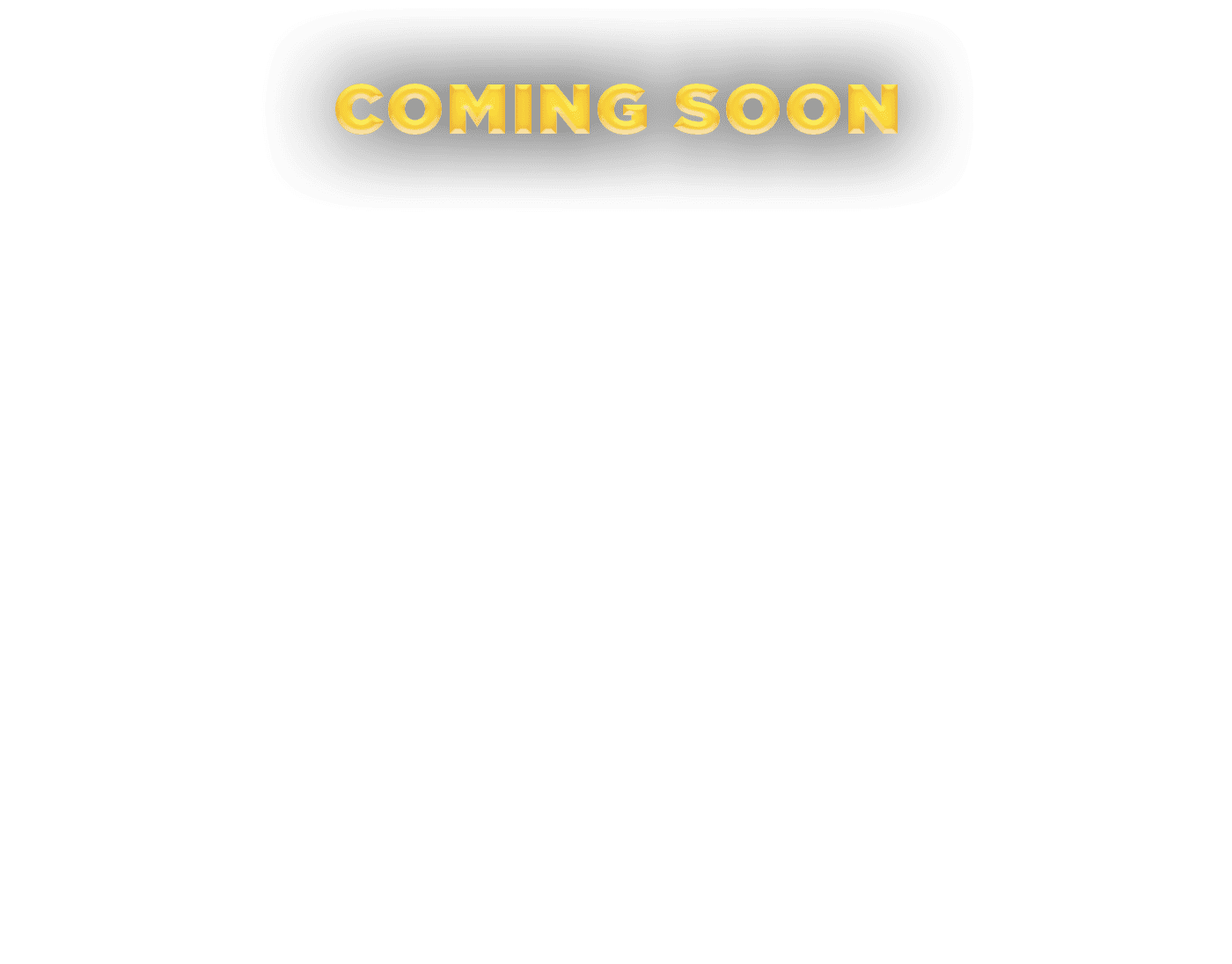 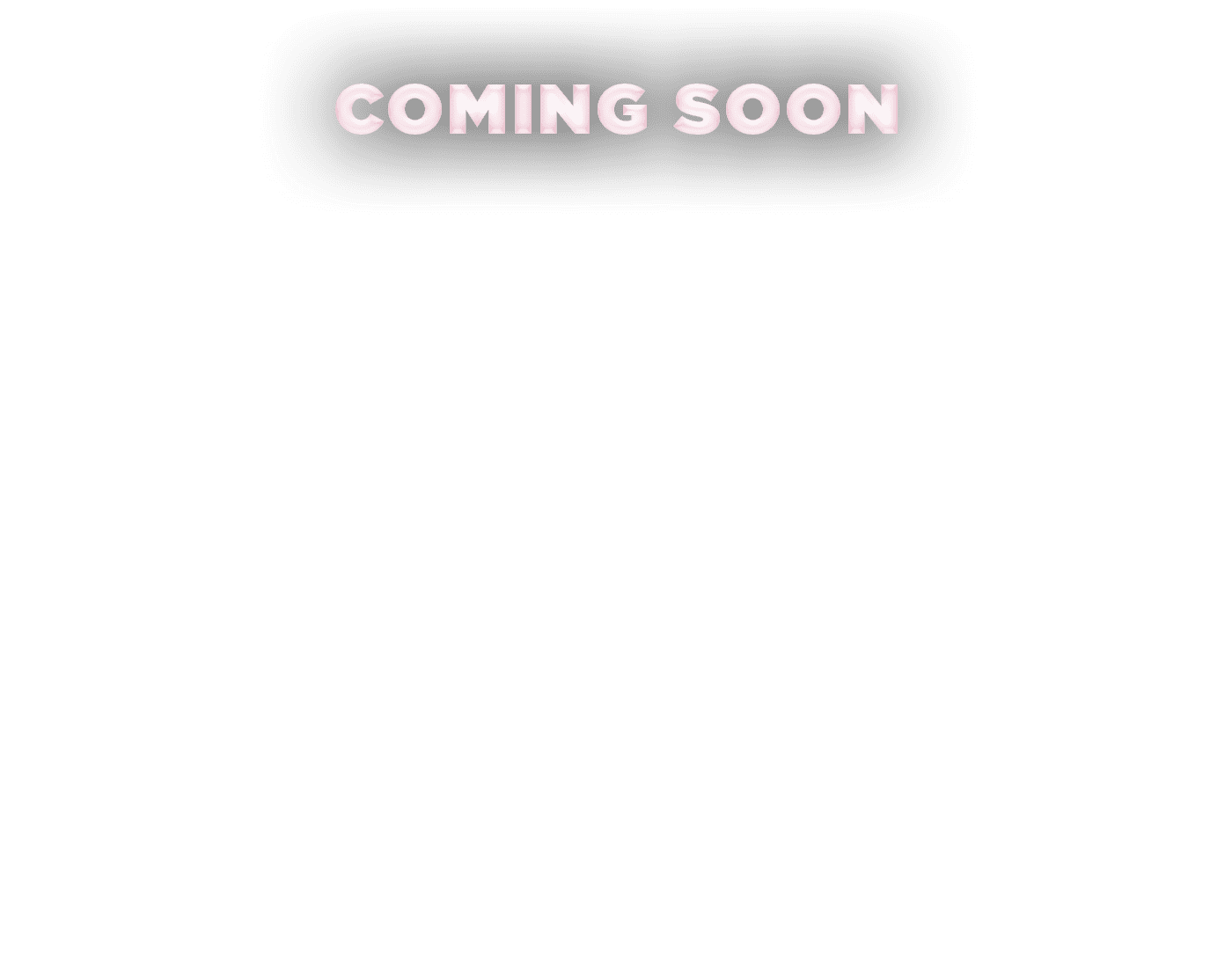 IT'S TIME TO BE THE HERO IN YOUR OWN STORY

Check out our Socially Distanced Video of "Stronger Now"

Life happens. Somehow, we lose touch with our joy, our passion, our power. We forget who the hero is in our own story. Enter SuperYou — the journey of a woman who reconnects with her dreams when her superheroine creations come to life. Featuring mind-blowing female performers, new, iconic superheroines and an instantly singable, anthemic modern rock score, SuperYou is the heartwarming story of a woman remembering the power of her own voice.

With book, music and lyrics from the visionary mind of Lourds Lane, directed/choreographed by JoAnn M. Hunter, and featuring designs by an award-winning Broadway creative team, SuperYou reminds us that now more than ever, the world needs a superhero. That superhero is you.

LOURDS LANE (Book, Music, Lyrics, Arrangements; Rise) A Filipino-American, classically trained on piano and violin at age three, Lourds is the book/music/lyrics/arrangements writer and originates the role of Rise, the electric violin-playing superheroine of SuperYou. The visionary and heart behind the SuperYou social good mission, Lourds Lane teaches global youth and adults to connect to their most empowered superhero selves through the educational arts and music-based 501c3 she founded, The SuperYou FUNdation. Lourds is a 2018 Actor's Equity Association Paul Robeson Award Finalist for her dedication to the “betterment of humankind,” winner of the 2019 Ideagen Global Leadership Award, a two time Fred Ebb musical theater award finalist (2012 and 2018), Johnny Mercer Writer's Colony at Goodspeed alumni, a celebrated speaker at TEDWomen, TEDYouth, the United Nations, and Forbes Women, inspiring global audiences with empowering music-infused talks, the creator of a female indie rock musician community in NYC, The Medusa Festival, and was the lead singer/songwriter/multi-instrumentalist of her own critically-acclaimed nationally touring rock band.Click here to view a glimpse of Lourds' global "superhero" mission. Twitter/Insta: @lourdslane

WENDY BOBBITT CAVETT (Music Supervision, Arrangements), Broadway and Off-Broadway: Come From Away, Hamilton, Mamma Mia!, The Scarlet Pimpernel, A Year with Frog and Toad, The Most Happy Fella, A Tale of Two Cities. National and International: The Who's Tommy, Mamma Mia!, A Chorus Line. Wendy is on the theatre faculty of Wagner College.

PAUL RUBIN (Aerial Sequence Choreography) served as Franco Dragone's Flying Director for La Perle in Dubai and is a proud member of The Academy of Magical Arts at The Magic Castle. Broadway: Wicked, Doctor Zhivago, Curtains, Frozen, The Pirate Queen, Peter Pan, The Green Bird, Dance of the Vampires and Fiddler on the Roof. International: Disney's The Little Mermaid, Tori Amos' The Light Princess (London).
www.TheFlyGuy.com

MELISSA M. JONES / ALL AWESOME LLC (Producer) is excited to have this opportunity to bring the SuperYou story and movement to the world. Her Broadway credits as a Producer/Investor include Jagged Little Pill, Come From Away, Allegiance. Melissa's journey in Broadway theater has been fast and furious. She was searching for a women-driven project, about creating uplift in the world and met show creator, Lourds Lane, shortly thereafter. In the year since meeting, Melissa has worked with Lourds to bring the production through concert & Lab productions to Off Broadway. Melissa comes from a finance and musical theater background and serves on the Ball State University Theatre Alumni board.

The themes of valuing your voice and stepping into your power in SuperYou is the inspiration behind a global educational non-profit called The SuperYou FUNdation. The SuperYou FUNdation teaches youth and adults how to find the “superhero” in themselves and others through writing, music, dance, art, and presentation, and has empowered over 100 schools worldwide.

Your privacy is important to us. To better protect your privacy, we provide this Privacy Policy explaining our online information practices and the choices you can make about the way your information is collected and used.

THE INFORMATION WE COLLECT

THE WAY WE USE INFORMATION

When you register for the SUPERYOU THE MUSICAL mailing list to receive updates, we use the information you provide about yourself only to complete that request. We do not share this information with outside parties except to the extent necessary to complete that request. We use return email addresses to answer the email we receive. Unless the same email addresses have been used to register for the SUPERYOU THE MUSICAL mailing list, such addresses are not used for any other purpose and are not shared with outside parties. We use non-identifying and aggregate information to better design our website and to share with advertisers. For example, we may tell an advertiser that X number of individuals visited a certain area on our website, but we would not disclose anything that could be used to identify those individuals.

A cookie is a small piece of information sent by a website or its service provider that is saved on your hard drive by your computer's browser. Almost all websites utilize cookies to one extent or another. The SUPERYOU THE MUSICAL website uses its cookies along with various ad retargeting and tracking. Users receive cookies from these partners when they visit superyoumusical.com and/or when they visit one of partner advertisers' websites. Partners only collect information for the use of serving retargeted ads, advertising purposes and custom audiences. Any partner found in violation of this policy will immediately be removed. Finally, we never use or share personally identifiable information provided to us online in ways unrelated to the those described in this Privacy Policy.

OUR COMMITMENT TO DATA SECURITY

To prevent unauthorized access, maintain data accuracy and ensure the correct use of information, we put in place reasonably appropriate physical, electronic and managerial procedures to safeguard and secure the information we collect online. Should you elect to register for the SUPERYOU THE MUSICAL mailing list, your email address will be stored within a third-party communication system – MailChimp. Though MailChimp's servers are located in the United States of America. MailChimp has stated that it is committed to achieving compliance with the European Union's General Data Protection Regulation (GDPR), which requires that all data subjects be notified within 72 hours of discovery of a data breach.

Should you have other questions or concerns about this Privacy Policy, please send us an email us at info@superyoumusical.com.